Tori Spelling is no stranger to television as she has been in America’s living rooms since the 90’s. We’ve basically watched her grow up, evolving into the woman that she is today. From 90210, to reality television, Spelling has been there, done that, and bought the damn t-shirt and now, she is speaking about some of her biggest regrets in fame.

The actress recently revealed that her best girlfriend, Jennie Garth, actually warned her not to do season 2 of her former docu-series True Tori. 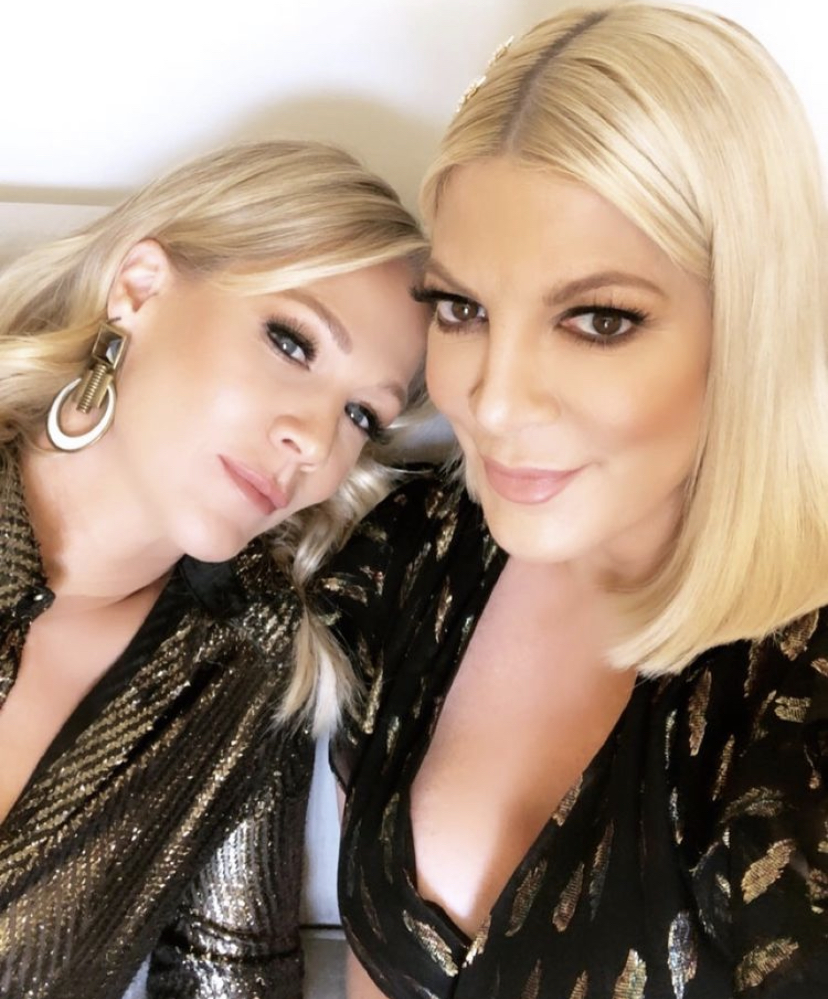 The topic came up during an episode of Spelling and Garth’s 9021OMG podcast when a listener asked the two whether they tuned into each other’s projects after Beverly Hills, 90210. Co-host Sisanie Reategui noted that she wanted to go back and watch their old reality shows, to which Spelling quickly quipped, “Watch Tori and Dean. Not True Tori.”

Garth then asked, “Do you regret doing that show?”

“I don’t regret the first season. I regret the second season, which you told me not to do. And you were right on because it shouldn’t have been a series. It was about me expressing myself at a moment in time where I felt like I wanted to have a voice and a voice for women everywhere who were going through what I was going through at the time. It should have been a self-contained, one season and that was it.”

But we loved, True Tori, girl!

Additionally, Spelling spoke on another regret, when she revealed her romantic regrets on Lisa Vanderpump’s new E! Series, Overserved. She openly admitted that she “would’ve been dating up” had she opted to pursue mega-mogul, Ryan Seacrest when he appeared briefly on 90210 episode “The Final Proof,” where he was host of a game-show-within-the-show called ‘Lovers’ Lane’, which Spelling’s character, Donna Martin, was a contestant.

Vanderpump asked, per Us Weekly, “Which celebrity should you have slept with that you didn’t?”

“Ryan Seacrest. It was when he first started,” Spelling responded. “I didn’t know, I was on ‘90210’ and I was like, ‘Oh, whatever.’ I would’ve been dating up! I could be a Kardashian right now!”

Seacrest even spoke on the episode in 2017 on Live With Kelly And Ryan:

Whew, girl, we all have one.

Today, both Ryan and Tori have their own respective careers, as Ryan is still holding down his many jobs and Spelling is still going strong with her husband and raising their five beautiful children. We’re looking forward to seeing what you have up your sleeve in 2021!

Want to chat video chat with Tori? Click here to speak with her one-on-one!

Meet Justina Valentine, The Rising Star That Has Us Seeing Red
By Charmin Michelle

Learn how I built Candi!

Hey, I'm Coach 40, founder of Candi. You may have seen us on Shark Tank. If you're interested in entrepreneurship then get a copy of my e-book and audio book titled, The Dreamer's Playbook at www.coach40.com. I teach you everything that I did to build Candi. Also, if you want business advice visit my Candi page. Just search Coach 40.